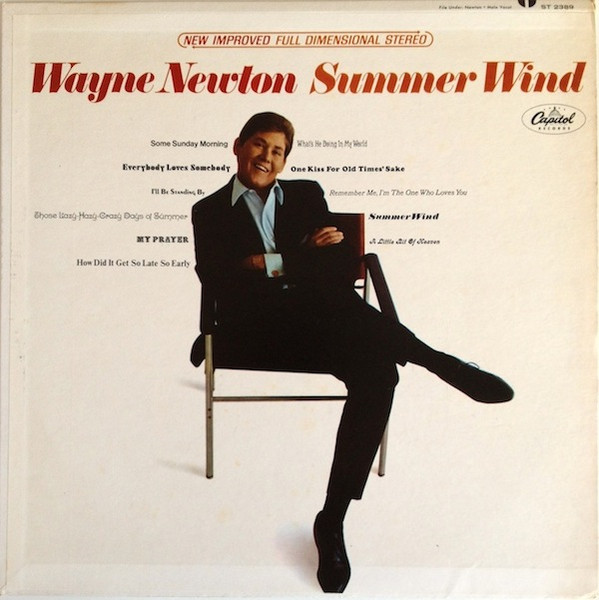 Summer Wind Review by Joe Viglione [-] Hear song: https://youtu.be/dBLYuroa-FE
Wayne Newton's Summer Wind album has more pop cachet than many fans of '60s music might want to admit and is a marvelous and fun study for those willing to abandon the notion of his glitzy Las Vegas leanings. Produced by the Trinity Music publishing company, owned by his mentor, Bobby Darin, this fine-sounding album was engineered by eventual MOR production king Brooks Arthur. It was Darin who brought the young singer "Danke Schoen," his breakthrough hit from 1963, and just listen to the opening arrangement to "Summer Wind" -- the melodies to the titles of both songs are as similar as "Moon River" is to "Goldfinger." You could very well mistake this "Summer Wind" for "Danke Schoen" until the vocals kick in. The bid for a follow-up to his 1965 hit "Red Roses for a Blue Lady" didn't quite do it, but this short and sweet album, 11 songs coming in at 20 minutes and 21 seconds, has lots to offer despite the fact it all could have fit on one side of a disc. The Henry Mayer/Johnny Mercer tune "Summer Wind" of course went Top 25 for Frank Sinatra in September of 1966, number one adult contemporary, with pianist Roger Williams also utilizing it as a title track for an LP of his own. It's a perfect vehicle for Newton, as are the other familiar standouts, Nat King Cole's Top Ten nugget from 1963, "Those Lazy-Hazy-Crazy Days of Summer," and the Dean Martin number one hit from July of 1964 that became his signature tune, "Everybody Loves Somebody." The production by T.M. Music is so solid it has to be commended again, great stereo separation and comfortable arrangements creating a pleasant atmosphere for the singer's distinctive voice. Three tunes come from the minds of "Under the Boardwalk" songwriters Ken Young and Artie Resnick and work well in this context while country film actor/singer Stuart Hamblen's "Remember Me, I'm the One Who Loves You" also gets a nice treatment. Newton's voice is so high it has much in common with one of his contemporaries, pop/adult contemporary singer Chris Montez. Montez didn't get as famous as Newton, though he maintained a coolness that eluded Wayne, despite Newton's appearance in a James Bond flick. Summer Wind, however, is cool, and the secret is that the singer doesn't take on Nat King Cole or Dean Martin. He just embraces their material and acts as if he owns it. A surprisingly strong and very well-constructed musical experience definitely worth your time. https://www.allmusic.com/album/summer-wind-mw0000845543 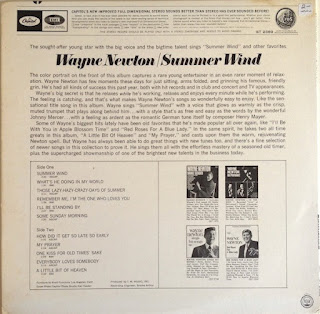 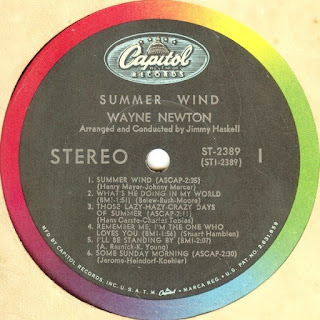 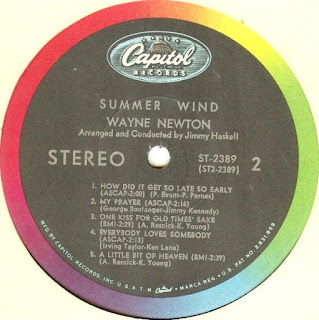 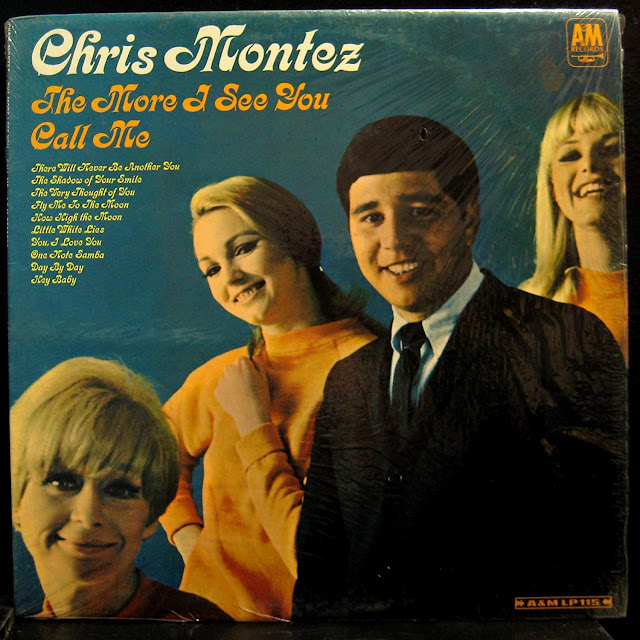 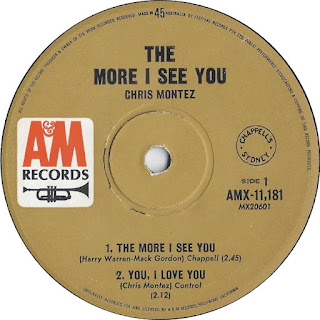 The More I See You/Call Me Review

Ezekiel Christopher Montanez, aka Chris Montez, hit the Top Five in 1962 with "Let's Dance," a proto-garage rock song which could segue nicely with the Surfaris' "Wipe Out" or the Champs' "Tequila." Four years later, he's pictured with Herb Alpert on the back cover of this album of pretty much standards which yielded three Top 40 hits. It's a delightful, breezy excursion recorded at Gold Star with Larry Levine engineering the Tommy LiPuma/Herb Alpert production work. "Call Me" is pure Tony Hatch, but without Hatch's standard production technique, giving it a much different flavor from his work with Petula Clark. There's a tongue-in-cheek campiness to Montez's Wayne Newton/Neil Sedaka feminine vocal range, a fact that does not escape the Derek Taylor liner notes, which are a bit odd for this pop/middle of the road blend. What is even more odd is that Chris Montez didn't have a huge comeback during the '70s reign of Captain & Tenille, Rita Coolidge, Helen Reddy, Barry Manilow, and other adult contemporary hit artists who followed in his sugary footsteps. There is only one formula at play here, and A&M milks it for all it is worth: It's in Herb Alpert's arranging a rendition of Bruce Channel's 1962 smash "Hey! Baby," and it saturates the cocktail elegance of "One Note Samba." If you can't resist the two big hits, "Call Me" and "The More I See You" (and who could?), the other ten titles will bring you to the lights of Vegas and '60s schmaltz that is simply glorious. Like "The More I See You," the third hit in this set, "There Will Never Be Another You" is from a '40s movie. The former was taken from Betty Grable's Diamond Horseshoe, the latter from Iceberg. But "There Will Never Be Another You," like the version of "Little White Lies," has the same backing vocal sound and tempo of "The More I See You," repeating the arrangement ideas that spawned the initial hits. All of these failed to crack the Top Ten as his first success, "Let's Dance," did, but inevitably they became the music the singer is most identified with. The powers that be did allow Montez one original, "You, I Love You." It's a pleasant album track that flows nicely along with the other tunes. Classic pop. https://www.allmusic.com/album/the-more-i-see-you-call-me-mw0000710732