The Best of the Joe Perry Project Review by Joe Viglione (Raven Records, Australia) on Oldies.com 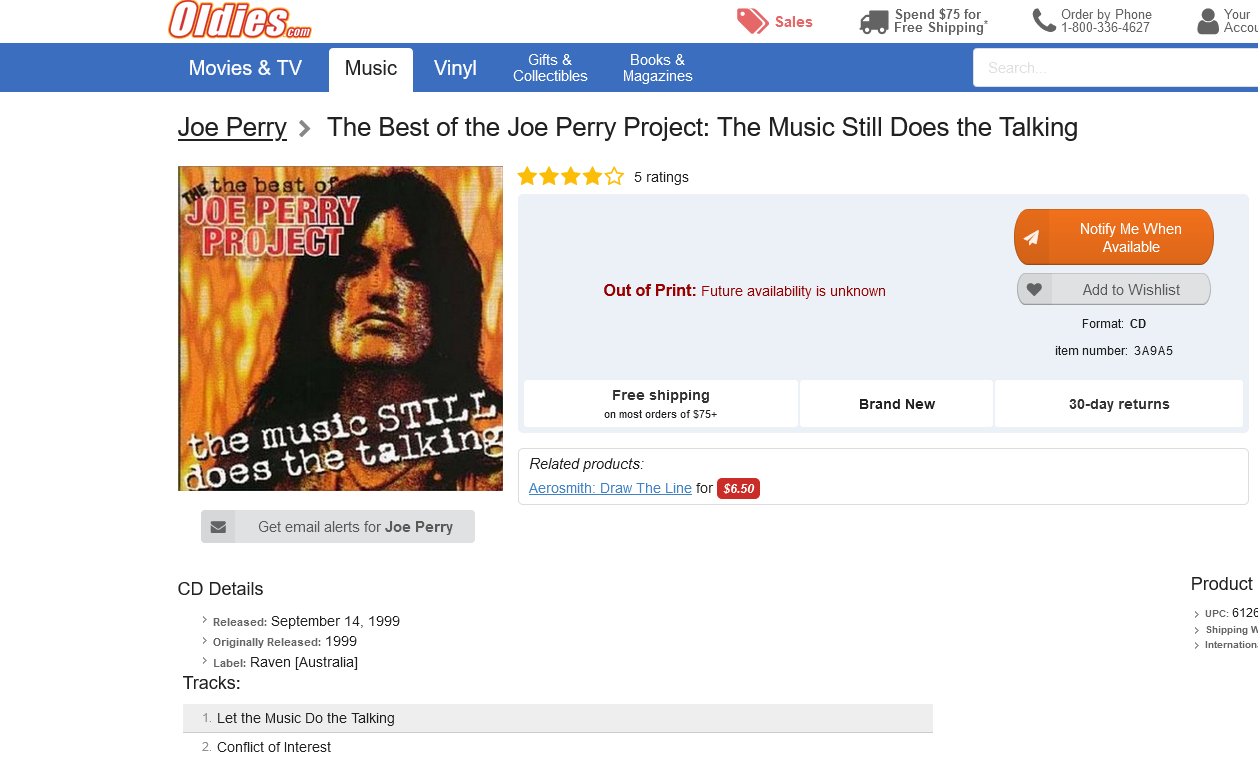 Recorded between 1980 & 1983. Includes liner notes by Ian McFarlane.
Australia's Raven Records has released another important retrospective -- a focus on guitarist Joe Perry's three solo albums and the three frontmen who put their voices on those discs. Ralph Mormon performed on Let the Music Do the Talking prior to his stint in Savoy Brown, and that may have been the better band for his bluesy voice. The excellent liner notes by Ian McFarlane give a very clear history of "The Project" and their accuracy is amazing. Given Aerosmith's success, it is odd that Sony hasn't released a similar compilation -- or that this one isn't being imported in droves, since Perry is a legend, and his work while estranged from the hard rock phenomenon that is Aerosmith deserves attention, no matter how dark the period was for the guitarist personally. The album is a very good overview while purists and fans would, of course, prefer two CDs and all the tracks. "Listen to the Rock" from I've Got the Rock & Rolls Again is missing, and that was one of their key tunes; also, there were numerous outtakes or demo tapes from the period of Once a Rocker, Always a Rocker -- lead singer Mach Bell played one for this writer called "When Worlds Collide" and it is incredible -- those aforementioned tracks and other goodies would have really rounded this out. But these are minor quibbles. Hearing each phase of the Joe Perry Project from start to finish is textbook rock & roll and highly enjoyable. Charlie Farren eventually landed his own deal on Warner Bros. with Farrenheit, but imagine if Perry had stayed along for that ride? The music in the middle of this disc -- "East Coast, West Coast," "Buzz Buzz," and "I've Got the Rock & Rolls Again" -- were indicators of a developing sound, and Farren was the perfect partner for Perry to develop a sound to rival, not revisit, Aerosmith. Thundertrain lead singer Mach Bell, on the other hand, is truly the guy to add chaos to this touring unit. Bell is one of the most charismatic frontmen from the New England music scene, and his Thundertrain band mixed Rolling Stones with Slade, so Perry traded a vocalist/songwriter for a total madman. The video of track 16, "Black Velvet Pants," is a story in itself, and it shows Bell in all his rock & roll glory, while the inclusion of T. Rex's "Bang a Gong" is the one cover, and perfect for Mach with his British rock leanings. The three phases of the Joe Perry Project -- blues singer Mormon, songwriter/vocalist Farren, and stage performer Bell -- is a vitally important chapter in American rock & roll, which Raven and McFarlane have lovingly packaged and preserved. If any reissue has a chance of finding a new audience, this is it. ~ Joe Viglione 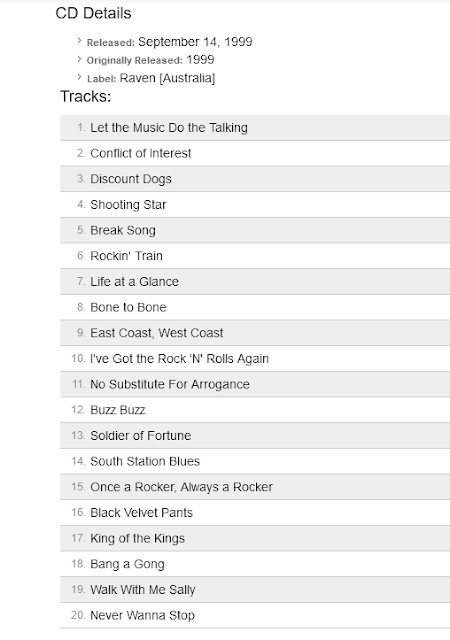 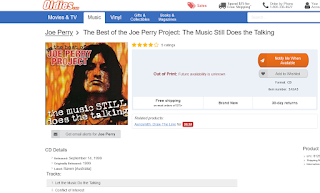