The Doors on Walmart: Weird Scenes Inside the Gold Mine Review by Joe Viglione 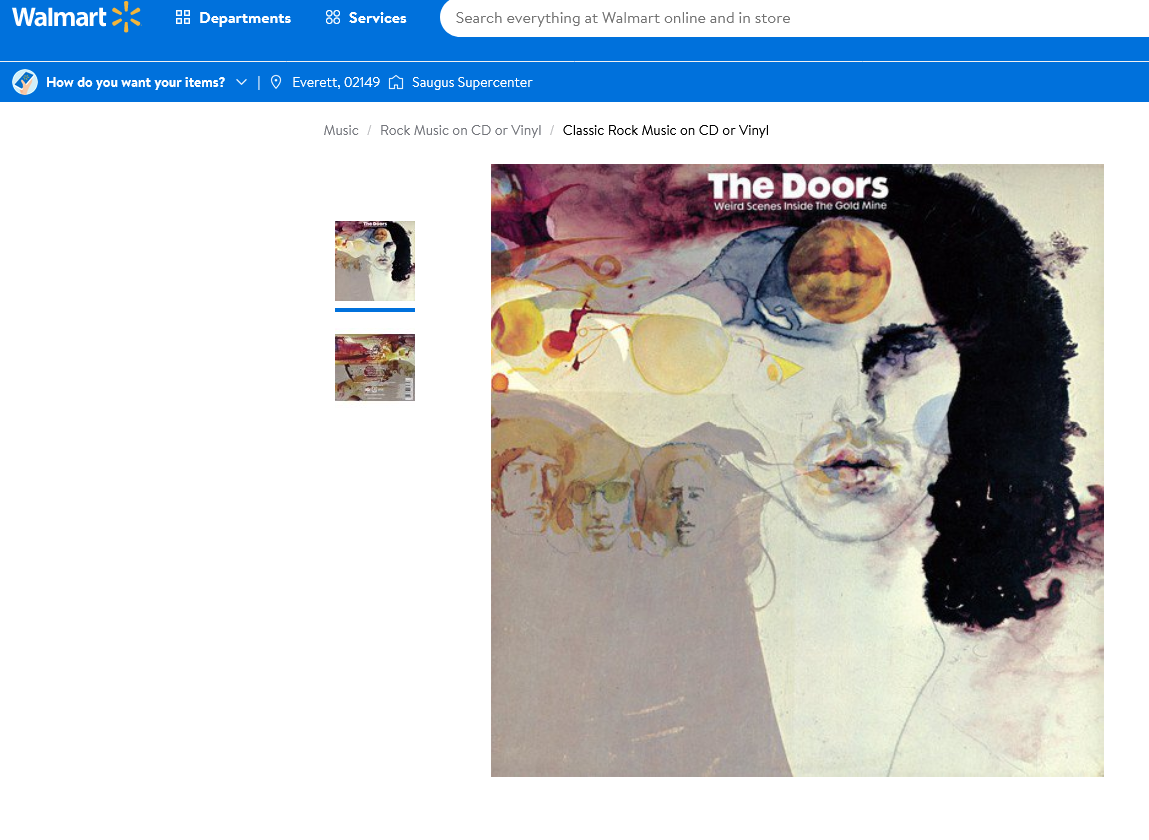 After releasing a now sold out, limited edition vinyl pressing for Record Store Day 2014, The Doors will now make their legendary, long out-of-print compilation WEIRD SCENES INSIDE THE GOLD MINE available for the first time as a 2-CD set. The 22 songs that appear on the collection provide a wide-ranging introduction to the music recorded between 1967-71 by the original quartet, John Densmore, Robby Krieger, Ray Manzarek and Jim Morrison. The band's longtime engineer Bruce Botnick re-mastered the music heard on this reissue, which takes it's title from a lyric in 'The End.'
A very interesting double LP retrospective two years after Jim Morrison's version of the Doors had officially closed. Weird Scenes Inside the Goldmine contained the first album release of two B-sides, Willie Dixon's "(You Need Meat) Don't Go No Further," sung by Ray Manzarek, originally on the flip side of the 1971 45 "Love Her Madly," and the beautiful "Who Scared You," "Wishful Sinful"'s flip with Jim Morrison on vocals from a session in 1969. Both are worthwhile additions not found on their first "greatest hits" collection, 13. This compilation is a strange amalgam of their music, the LP title taken from a line in the song "The End," which concludes side two. Five of the 22 songs are from the L.A. Woman sessions, including the title track of that album and the full length "Riders on the Storm," both clocking in at seven-plus minutes. With "The End" and "When the Music's Over" at 11:35 and 11:00 respectively, that's 38 minutes and 38 seconds between four titles, more than a third of the 99-plus minutes of music on this collection. Nothing from Absolutely Live is included, and surprisingly, the classic "Waiting for the Sun" is not here, though that Morrison Hotel number would fit the mood perfectly. "Love Street," the flip of "Hello I Love You," is here, but pertinent singles like "Wishful Sinful" or "Do It" and its flip, "Runnin' Blue," from The Soft Parade, are all missing in action. The cover art pastiche by Bill Hoffman is worth the price of admission if you already have all this material, while the inside gatefold picture looks like an outtake from the first album. Bruce Harris' liner notes are truly the '60s merging with the '70s; he calls Jim Morrison "merely the index of our possibilities" and states that Morrison didn't want to be an idol "because he believed all idols were hollow." The essay is all the more silly when you realize it isn't tongue-in-cheek in the way Lou Reed's incoherent ramblings inside Metal Machine Music are more enjoyable than the disc. Harris seems to actually believe what he pontificates. But the music is awesome, so put it on and read the Metal Machine Music scribblings instead. Weird Scenes Inside the Goldmine is a work of art in the first order, the way the Beatles #1 album is wonderfully redundant, and it should see the light of day again. This time they could add "Tree Trunk," the flip of the "Get Up and Dance" 45 RPM from 1972's Full Circle album. ~ Joe Viglione, Rovi
Additional Vocals: Clydie King Unknown: Henry Lewy Drums: John Densmore Producer: John Densmore Additional Vocals: Melissa MacKay Keyboards: Ray Manzarek Producer: Ray Manzarek Lead Vocals: Ray Manzarek Guitar, Harmonica: Robby Krieger Producer: Robby Krieger Lead Vocals: Robby Krieger Additional Vocals: Venetta Fields Writer: Robby Krieger
TREETRUNK
https://www.youtube.com/watch?v=s8K-iP8r7a0 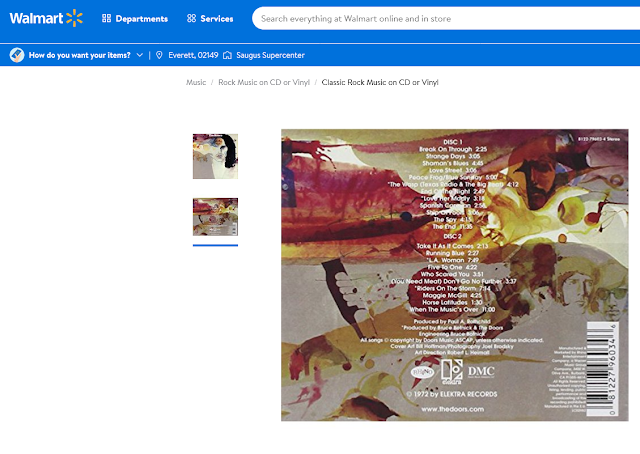