Charlie Baker to Keep Businesses Clossed Until at Least May 18 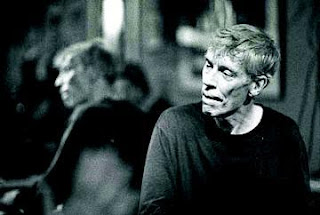 My Malden Observer  interview/ article on Preacher Jack
https://malden.wickedlocal.com/x392062497/-Just-a-closer-walk-with-Preacher-Jack
By Joe Viglione / recordreview2001@yahoo.com
Posted Sep 5, 2008 at 12:01 AM
Updated Sep 5, 2008 at 5:16 AM
For those who love the unique piano sound heard on the soundtrack to the Tom Cruise/Sydney Pollack movie “The Firm,” the hard-working piano man from Malden offers that style of ivory tickling and so much more.
“Preacher Jack” (a.k.a. Jack Coughlin), commands the stage like an evangelist explaining his “religion” of rock and blues with a raw, distinctive voice that cuts through better than Jimmy Swaggart or Jerry Falwell could ever hope to — probably because when The Preacher dives in to “Just A Closer Walk With Thee,” resplendent in Gospel overtones and backing vocalists, you believe him — and understand he believes in what he’S singing and playing.
The Malden Observer caught a performance by Jack on May 8, 2008 at Club Bohemia, the downstairs of the Cantab Lounge in Central Square, Cambridge.
It’s a dark den of sin in need of redemption that Preacher Jack lovingly provides as he bangs away on his traveling keyboard. Offstage, he’s a very personable — and quite reserved — individual, pleasant and engaging.
Here’s a bit of background that the Boston-area legend provided us.
Observer: How long have you lived in Malden?
Preacher Jack: I was born in Malden Feb. 12, 1942 and lived there until the late 1970s. I moved to Salem, Mass., and have resided at the Lafayette Hotel on Washington Street ever since
Observer: Did you first start playing music in Malden in school?
Preacher Jack: Yes. I was influenced at an early age by my mother, who was a runner up on the Major Bowes Radio Show in 1939, and my father, who was an amateur vocalist with a sort of baritone type range. My brother is also a singer with great success.
Malden Observer: What were your first bands?
Preacher Jack: Well, my first band could be considered Malden’s first garage band — we were called “The Jupitors” (sometimes called Jack and the Jupitors) in 1956 with boyhood pals Irving Fineberg on Guitar (self taught, I may add) and Charlie Peavy (later to work at his family’s business “Peavy’s Speed Shop” on Main Street) on drums.
Malden Observer: What were your first live gigs?
Preacher Jack: We played gymnasiums, the YMCA, churches, private parties, lots of clubs that are long gone from the North Shore, and later on worked with Arnie Woo Woo Ginsberg at his famous “Sock Hops” in Saugus on Route 1.
Malden Observer: How did the Rounder album come about?
Preacher Jack: George Thorogood spotted me at the Shipwreck Lounge on Revere Beach, took a liking to me, and brought me to the attention of Ken Irwin at Rounder. We recorded two albums for Rounder with the Delaware Destroyers and Sleepy LaBeef as my backup band(s).
Malden Observer: What was “the demo that got the deal” with Rounder Records?
Preacher Jack: Well, George liked the Luke The Drifter (Hanks Williams alter ego) pieces I was doing and Ken was also a huge Hank fan so I think it was the C & W part of my rep that won the folks at Rounder over.
Malden Observer: Let’s talk about your new disc, “Tales From Life’s Other Side.” What about the double entendre title?
Preacher Jack: It is actually “Pictures From Life’s Other Side,” a play on the Hank Williams song “A Pix From Lifes other side.” Peter (Levine), my manager, and Lady Eleanor (Ramsey) came up with the title. We sat around, listened to the diverse selections on the disc and thought a lot of these songs are snapshots of people’s lives, not necessarily my life, combined with my love of Hank we thought it would be a nice companion title for these tales.
Malden Observer: When did you start developing this album?
Preacher Jack: It is a combination of two sessions, one in 1982 with Dick Berwun at his home studio in Lexington and another done in 1996 at Sound Technique in Boston, which was financed by Gary Cherone of Extreme. When Bill Hunt from Cow Island Music approached us about signing me we had the material just sitting around, so it all came about quickly last year. We released on Feb. 12 of this year and it has been a wonderful relationship with Bill at Cow Island.
The MySpace http://myspace.com/thepreacherjack is full of information on Preacher Jack, including a 10-minute YouTube video posted on the front page.
Jack’s in great voice and the deep piano sounds resonate through the computer as he dips into more gospel: “Preacher Jack is at your service.”
Over a dozen gigs are booked through Oct. 25, including key ones at The Beehive (beehiveboston.com) located at 541 Tremont St. in Boston (617-423-0069) Sept. 10 at 8 p.m., and The Pawtucket Film Festival, 175 Main Street, Pawtucket, R.I., on Sept. 14 at 8 p.m. (www.mirrorimage.com/mi/film.html).
Check out http://www.myspace.com/thepreacherjack for more dates or go on to You Tube and put in the name “Preacher Jack” to watch the videos that are getting thousands of hits, taped live at Dodge Street, Sandy’s Jazz & Blues and other venues.

Club Bohemia will REOPEN when other clubs do! 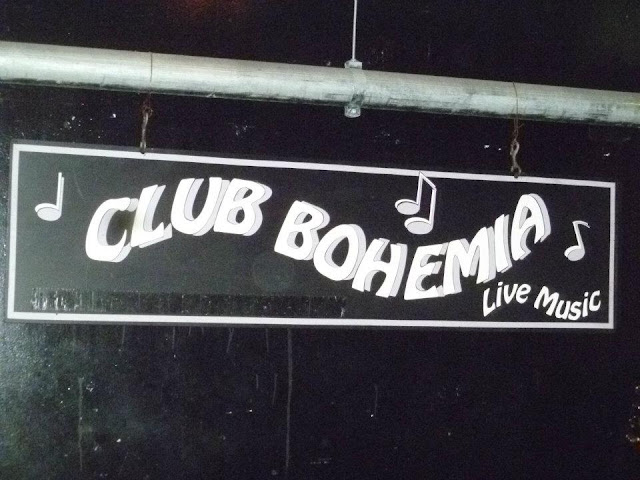 Notice: We are looking for Kirkland Club Bohemia video footage for our video documentary Cellar Full of Noise: The Club Bohemia Story


FOR IMMEDIATE RELEASECLUB BOHEMIA downstairs at the Cantab Lounge will open as soon as the government lifts the restrictions due to COVID-19738 Massachusetts Avenue, Central Square, in Little Joe Cook Square, is the home of the cellarful of noise, Club Bohemia.Club manager Mickey Bliss received a phone call from Cantab Lounge manager Steve Ramsey that as soon as Governor Bakerand/or the Massachusetts government gives the word, The Cantab and Club Bohemia will reopen.A March 16th Channel 7 WHDH story read:Party’s over: Massachusetts, other states close bars, restaurants over coronavirushttps://whdh.com/news/partys-over-massachusetts-other-states-close-bars-restaurants-over-coronavirus/A month and eight days later we await the word.The bookings that have been made in advance for the dates when the club reopens will stay the same, unlessartists have become unavailable, in which place there will be additions to the calendar.Leave messages for Mickey Bliss at 617 899 5926 and they will be forwarded to him.Keep in mind, the Club Bohemia Documentary - Cellar Full Of Noise - the Story of Club Bohemia - is in the works.A trailer and a "phase-one first draft" are in motion.For more informationJoe Viglione, publicistClub Bohemia P.O. Box 2392Woburn MA 01888tel 617 899 5926   Publicist for:Club Bohemia @ The Cantab Loungehttp://www.clubbohemia.club
at April 24, 2020 No comments:

We've been working on it diligently behind the scenes and are sketching out with old footage the idea for LIVE AT CLUB BOHEMIA, CAMBRIDGE...a unique documentary the likes of which you have not seen...  NOT just music and talk...a little bit more! 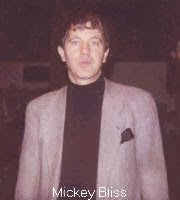 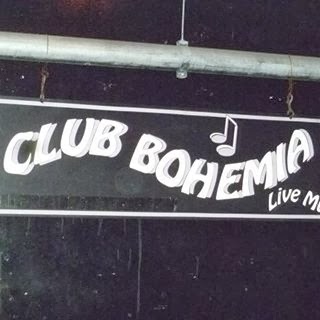 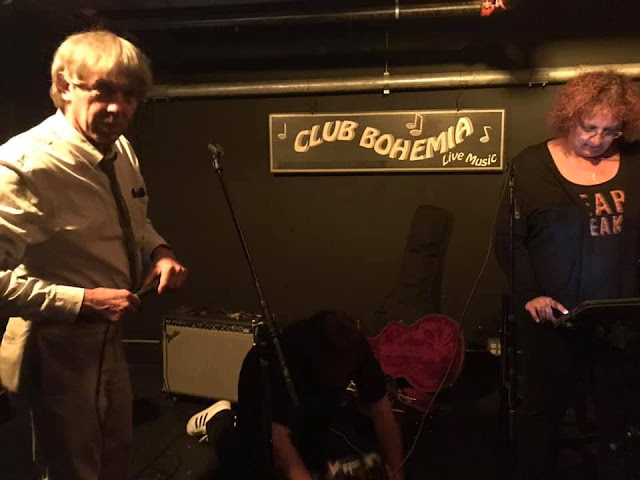 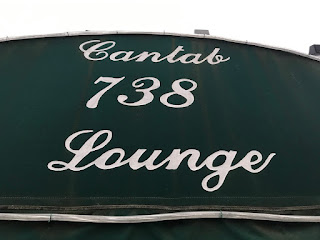 From producer/director Joe Viglione - the man behind Rock and Roll Hall of Fame Artist Marty Balin Live at the Boston Esplanade - a critically acclaimed two and a half hour DVD on the legendary founding member of the Jefferson Airplane, a series of documentaries on local nightclubs starting with LIVE FROM CLUB BOHEMIA, CAMBRIDGE ...

Ian Lloyd of Stories calls it "scary" being backstage at Club Bohemia
https://youtu.be/L0h-XtwDqFQ 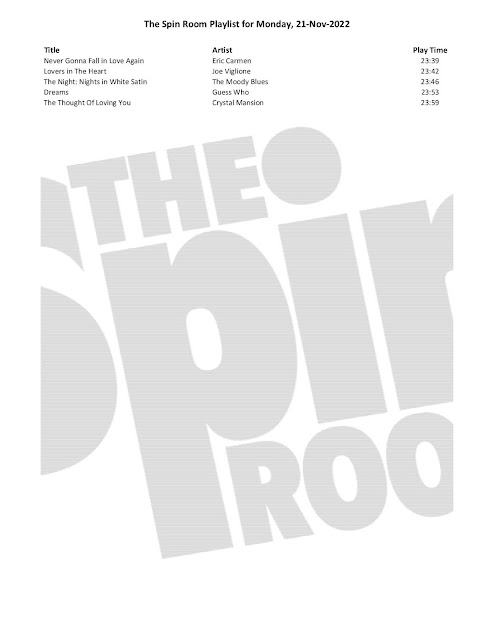