Publicity Machine maintains the updates on the MySpace and this Blog

THE DEDHAM HOLIDAY INN ON

Kina Zori (10);
http://www.kinazori.com/fr_home.cfm
Kina Zori is an exciting newcomer to the Boston music scene. Combining elements of traditional and contemporary African music, they have crafted a sound that is all their own. Helder Tsinine leads fearlessly as he brings the social issues and hypnotic rhythms of his native Mozambique to the stage. Come out and experience the thrilling, danceable rhythms of Kina Zori!
Kalifa & Koliba (9);

HERE'S A YOU TUBE OF LOS FLETCHEROS PLAYING AT CLUB BOHEMIA!

11 PM TBA (Frost Heaves postponed; guitarist out of the country)

The Matalon brothers have a long history in hard rock; Scott fronted Boston funk/punk sensations SQUID! and was a member of Jazz/Hard-Rock pioneer Modern Art! and has worked for Aerosmith, the Rolling Stones, Phish, Capital Records, EMI, Blue Note Records and more - his brother Craig was a member of NY hardcore band Perseverance, who toured opening for Biohazard and rocked the US and Canada many times. Jay was the Lead Guitarist for Lansdowne and is currently doing double duty for the local band, Highgate. Chris has played in a number of local acts, Including the Newtz, Pivot, and Choke Puppy, and is currently also doing double duty with local thrashers, DeadLikeDeath. Until recently, Scott, Craig, and Jay made up 3 quarters of the local rock band, Monolith. With the addition of Chris, the group decided that a new era was beginning, and Matalon was born.


Scalpel (9)
We are Scalpel, a five piece death metal band hailing from different areas of Massachusetts and Rhode Island. Drawing influence from hundreds of different extreme acts, we aim to play the music that is just as much apart of us as our own gnarled flesh. We intend to break as many barriers in music as we possibly can, and show the world that death metal is here to stay. Come to our shows, listen to our shit, learn the words and love the tunes.
http://www.myspace.com/scalpel08

Starting out as a songwriter, and never thinking herself a singer, Maureen Kavanaugh soon turned heads around Boston with her songs and her voice. Playing solo acoustic gigs, and getting invited to open up for some notable bands, it was obvious she had a way with her voice and a way with her pen, writing "songs about life" with passion and fire. Eventually teaming up with Tom Leger (Drummer of Boston bands, Sweet Cheater, The Fighting Cocks, Black Number Nine, The Skillet Liquors, The Leger Brothers, Natalie Flanagan, as well as singer and guitar player for the band called The Fifths), they continued playing acoustic gigs while getting into Tom's studio to start recording their debut album. Wanting to do more than just an acoustic album, they began to re-work their songs into a full band sound, working with Reebo Tibbs on drums (of Bishops Strike), Garth Tichy on Drums, and THE Cortes on bass (of Mazo, The Leger Brothers, The skillet Liquors), and Mike Rubin on bass (Leon Rich band).

My Own Worst Enemy (10)
http://www.myspace.com/mowe 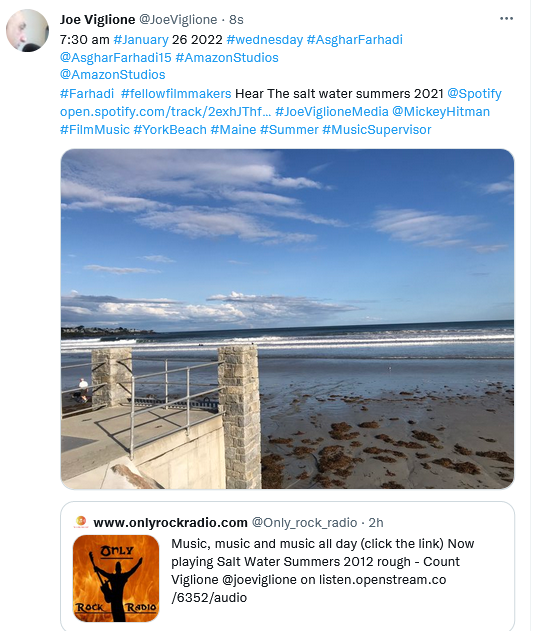