Gary Pig Gold on THE REALLY BIG SHOW Ed Sullivan's final show aired fifty-one years ago this June the 6th. Although nobody, including Ed, knew it at the time.

https://youtu.be/-jCmu9AxyMU Gladys Knight & The Pips "If I Were Your Woman" on The Ed Sullivan Show, February 7, 1971. Subscribe now to never miss an update: https://ume.lnk.to/EdSullivanSubscribe 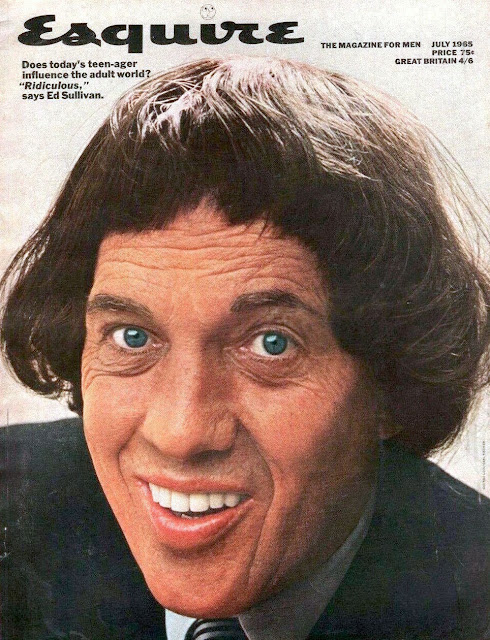 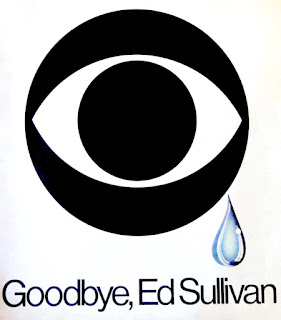 It's hard to fathom a world where any imaginable sight, sound, or moving image of your fave rave pop star isn’t a mere click/Tok away. But back in that Golden Age when the roll was still an essential part of rock, families instead gathered 'round their communal TV set every Sunday evening at eight to turn on and tune completely into the beauty, the splendor, the downright wonder which was The Ed Sullivan Show. And then, but only if you were pubescent and/or lucky enough, at the top of any such given hour ringmaster Ed might just include in his introductory announcement, “And for all the youngsters out there...” before intoning – and quite often mispronouncing – none other than the name off the label of your latest, most current constantly-played seven inches of polyvinyl!

Indeed, it was in front of our family's 23-inch Admiral Television that, thanks to Ed, my budding eyes both first beheld everyone from the Dave Clark Five and Gerry (RIP) and his Pacemakers to Dusty Springfield, Buck Owens, The Four Tops and Herb Alpert. And in his final years, despite daily intrusions from the likes of American Bandstand and an overwhelming slew of syndicated afternoon frug-fests, Ed still grabbed, nabbed, then broadcast the very best of musical small-screen stars; to cite but one example, the 12/29/68 Sullivan appearance of Sly and his Family Stone was then, and remains, just about the most slap-happy four-minutes-some you, or I, have ever seen. Any where. At any time.

And while the man was often derided for his, um, stiffness shall we say, and the heppest of cats out there may still poo-pooh over his treatment of Messrs. Dylan then Morrison for example, remember that Mr. Ed, sponsors and network practices be damned, went way out on several limbs in putting onto national TV acts such as Bo Diddley and (eventually) Elvis Himself, back in the days when Louis Armstrong and his handkerchief were still considered a moral outrage on many home screens. Not to mention, need we never ever forget it was on Sullivan's stage that those four “youngsters from Liverpool” first played live to the North American continent. And altered a few million destinies in the process.

Nevertheless, Ed’s final show aired fifty-one years ago this June the 6th. Although nobody, including Ed, knew it at the time.

Shall we give the final words on the subject to one of the world's greatest wordsmiths – and a frequent guest on the show himself? George Carlin, from his FM & AM album: “No-one got a chance to thank Ed. The last one that they taped; they didn't know it was going to be the last one. What a shame. I would like to have been there, just to say... Thanks Ed.”

NOTES FROM THE WEB

Cancelled in 1971 by CBS. The decision was a controversial one, since it was made at the end of the 1970-71 season and did not give Ed Sullivan the opportunity to mount a farewell show after more than 20 years on the air. Sullivan would return for a few specials over the next year, however.

Did Ed Sullivan have dementia?
Fast forward to October 13 1974, and Sullivan passed away aged 73. In a 2021 interview with Howard Stern, Sullivan's friend, Joan Rivers, explained that Sullivan has actually been suffering from dementia for much of the end of his life, and this explains the strange anecdote.Sep 28, 2021
June 6, 1971
The Ed Sullivan Show / Final episode date

Twenty-three years after its 1948 premiere, The Ed Sullivan Show had its final broadcast on June 6, 1971.

Elvis Presley’s first appearance on The Ed Sullivan Show, in September 1956,was actually one of his most restrained and least thrilling. It was notable, however, given Ed Sullivan’s assertion earlier that year that he’d never allow “The King” on his show. By the time the Beatles rolled around, Sullivan was far more comfortable with the hysteria young Elvis had caused. In fact, it was Ed Sullivan personally witnessing Beatlemania up close at London’s Heathrow airport in 1963 that led the Beatles being booked for their historic February 1964 American television debut. Through the rest of the 60s, The Ed Sullivan Show continued to host the day’s biggest rock acts: The Rolling Stones, The Supremes, The Doors, The Mamas and the Papas, Janis Joplin and more.

Gladys Knight and the Pips were the musical guests on the final episode of The Ed Sullivan Show, which was cancelled shortly after its rerun broadcast on this day in 1971.  https://www.history.com/this-day-in-history/the-ed-sullivan-show-airs-for-the-very-last-time