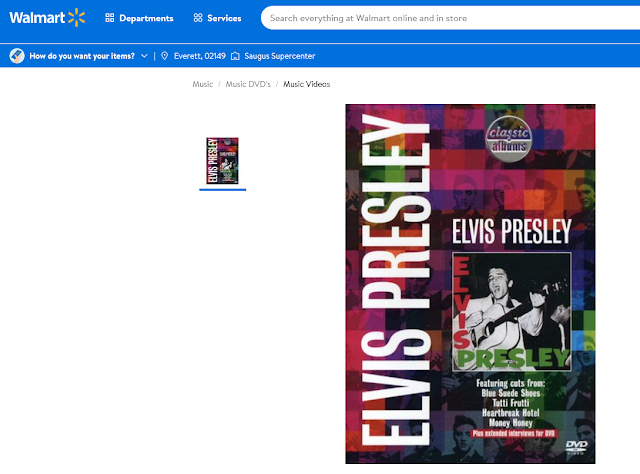 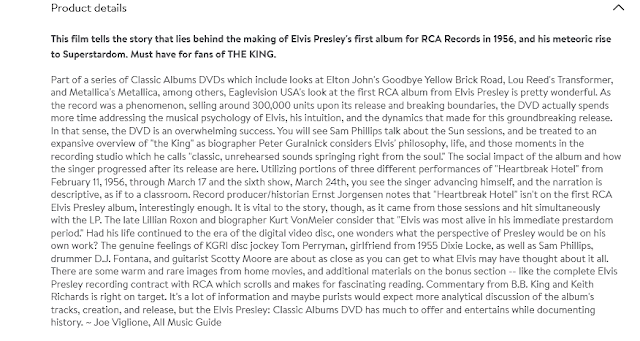 Part of a series of Classic Albums DVDs which include looks at Elton John's Goodbye Yellow Brick Road, Lou Reed's Transformer, and Metallica's Metallica, among others, Eaglevision USA's look at the first RCA album from Elvis Presley is pretty wonderful. As the record was a phenomenon, selling around 300,000 units upon its release and breaking boundaries, the DVD actually spends more time addressing the musical psychology of Elvis, his intuition, and the dynamics that made for this groundbreaking release. In that sense, the DVD is an overwhelming success. You will see Sam Phillips talk about the Sun sessions, and be treated to an expansive overview of "the King" as biographer Peter Guralnick considers Elvis' philosophy, life, and those moments in the recording studio which he calls "classic, unrehearsed sounds springing right from the soul." The social impact of the album and how the singer progressed after its release are here. Utilizing portions of three different performances of "Heartbreak Hotel" from February 11, 1956, through March 17 and the sixth show, March 24th, you see the singer advancing himself, and the narration is descriptive, as if to a classroom. Record producer/historian Ernst Jorgensen notes that "Heartbreak Hotel" isn't on the first RCA Elvis Presley album, interestingly enough. It is vital to the story, though, as it came from those sessions and hit simultaneously with the LP. The late Lillian Roxon and biographer Kurt VonMeier consider that "Elvis was most alive in his immediate prestardom period." Had his life continued to the era of the digital video disc, one wonders what the perspective of Presley would be on his own work? The genuine feelings of KGRI disc jockey Tom Perryman, girlfriend from 1955 Dixie Locke, as well as Sam Phillips, drummer D.J. Fontana, and guitarist Scotty Moore are about as close as you can get to what Elvis may have thought about it all. There are some warm and rare images from home movies, and additional materials on the bonus section -- like the complete Elvis Presley recording contract with RCA which scrolls and makes for fascinating reading. Commentary from B.B. King and Keith Richards is right on target. It's a lot of information and maybe purists would expect more analytical discussion of the album's tracks, creation, and release, but the Elvis Presley: Classic Albums DVD has much to offer and entertains while documenting history. ~ Joe Viglione, All Music Guide  https://www.walmart.com/ip/Elvis-Presley-Elvis-Presley-Classic-Albums/2123360 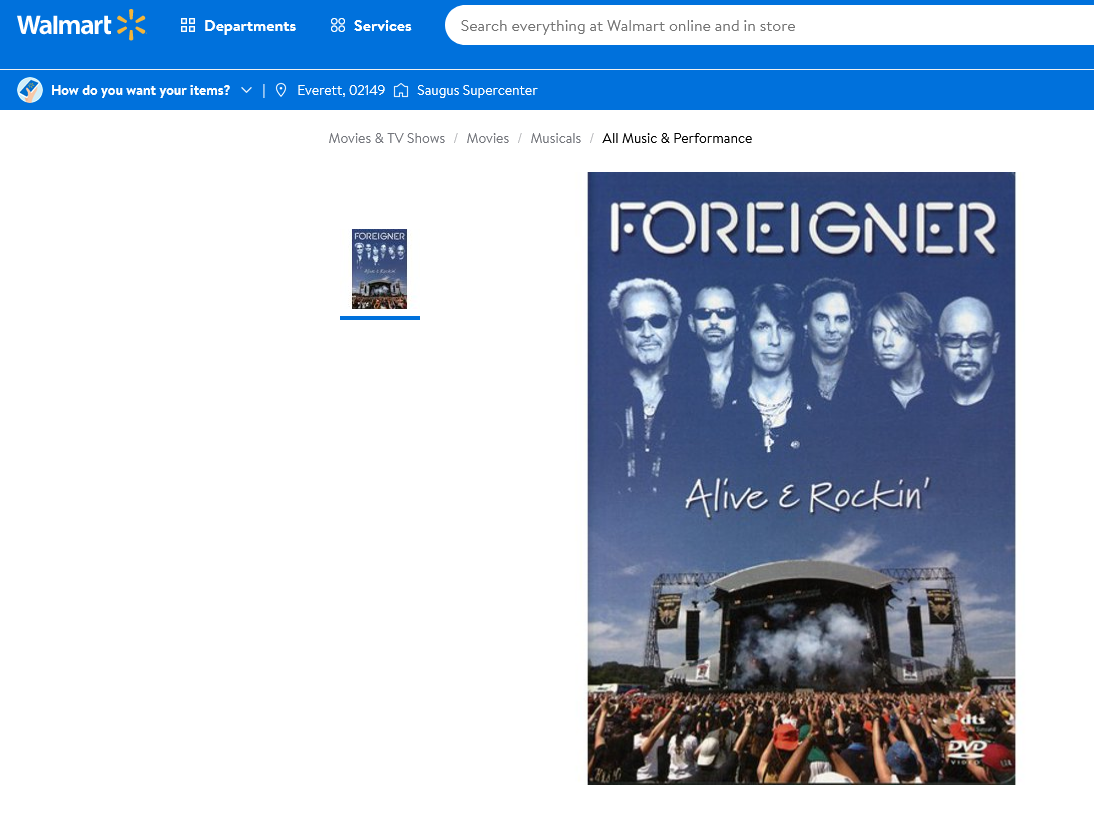 Guess I'm an official Walmart DVD expert with my reviews showing up on their site! https://www.walmart.com/ip/Alive-Rockin-DVD/7812335
Tracks. 1. Double Vision 2. Head Games 3. Dirty White Boy 4. Cold As Ice 5. Starrider 6. Feels Like the First Time 7. Urgent 8. Juke Box Hero / Whole Lotta Love 9. Hot Blooded Star Foreigner Special Features: Full Frame - 1.33 Audio: Dolby Digital 5.1 Surround- English Additional Release Material: Audio Commentary - 1. Mick Jones 2. Kelly Hansen 3. Jason Bonham Runtime: 60 minutes Year of Release: 2007.
Foreigner's Alive & Rockin' DVD is a slick presentation from Eagle Vision that features eight of the group's 16 hits, a classic track -- "Starrider" -- from the first album, and a "Juke Box Hero" medley that includes "Whole Lotta Love," a nice treat since son-of-Led Zeppelin Jason Bonham is on drums. Sequencing those two titles after the drum solo that follows "Urgent" is also a nice touch. Here's the up and the down of it, beautifully recorded at the Bang Your Head!!! festival in Balingen, Germany, for the band's 30th anniversary in 2006 -- and with all the players doing their corporate rock best, the purist may be chagrined to find hard rock refugee Kelly Hansen filling in for original member Lou Gramm on a package that the average radio listener might think is the original group. Only Mick Jones remains from the 30 years that have passed and, though his playing is as solid and impressive as ever, those who appreciate and care about music integrity might want some kind of a warning beyond the six photos on the cover. Foreigner never had the massive cult charm of Jim Morrison and the Doors, and that means the mainstream leanings of this group make the tribute band approach less offensive, but Hal Horowitz's same criticisms of the L.A. Woman Live DVD by the Doors of the 21st Century still come into play here. If grading for packaging and technical proficiency, this DVD is a well-crafted document of a collection of hard rockers working with sole original Foreigner member Jones. Kelly Hansen was lead vocalist in the Bob Ezrin-produced Hurricane in 1989, the year after Foreigner had their last of 16 chart hits. As Brian Howe never became a household name fronting Bad Company, neither will Kelly Hansen get universal recognition taking the reigns of Foreigner, replacing Lou Gramm who replaced King Kobra vocalist Johnny Edwards who replaced...Lou Gramm. And therein lies the problem for this glossy document of the 2006 version of Foreigner as recorded at Bang Your Head!!! The musicians here -- longtime Aerosmith sideman Thom Gimbel, Dokken's Jeff Pilson, the younger Bonham on drums, and Jeff Jacobs ("who played with Billy Joel and who's been in this band a very long time" singer Hansen relates during his 15-and-a-half-minute interview) -- are all very talented. It's just not as magical as Foreigner in their heyday, with a choir joining them on-stage for performance versions of "I Want to Know What Love Is," which isn't on this collection. Jones and Bonham are also interviewed, and had this been called Foreigner III and included some history of the players, it would have been a bit more appealing for the aforementioned purists. Better still, why Stories lead singer Ian Lloyd isn't fronting the band, a fellow who is friends with the group and backing vocalist on most of their hits, is the real question for fans who want the band to evolve in a more logical fashion. Still, it's a professional set of half of Foreigner's major hits with one original member and an eight-page booklet that is most comprehensive. Of course, a sticker with "Featuring Kelly Hansen of Hurricane on vocals" would be helpful -- and would certainly limit sales, but isn't that the reason there is a band called the Doors of the 21st Century? ~ Joe Viglione, Rovi 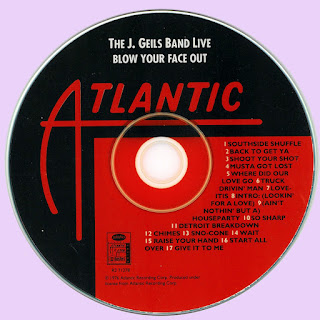 J Geils Band BLOW YOUR FACE OUT was on Walmart but they may have deleted that item https://www.allmusic.com/album/blow-your-face-out-mw0000311676 . Recorded before frenzied live audiences in 1975, this fast 'n' furious album captures one of the '70s' best live acts in peak form!
Double-album live sets came into vogue in 1976 after Peter Frampton's sales went through the roof for A&M, Bob Seger found fame with Live Bullet on Capitol, and the J. Geils Band released its second in-concert document in four years, Blow Your Face Out. There is great power in these grooves recorded over two nights, November 15 and November 19, at the now deconstructed Boston Garden and in Detroit at Cobo Hall. Here's the beautiful dilemma with the Geils band: Live: Full House, recorded in Detroit in April of 1972, contains five songs that became J. Geils standards, and none of them overlap on the 1982 EMI single live disc, Showtime, chock-full of their latter-day classics. Can you believe there is absolutely no overlap from the first or third live album on this double disc, which came in between (except for "Looking for a Love," uncredited, which they slip into the intro of "Houseparty" on side two)? The Rhino CD contains Jeff Tamarkin's liner notes, while the original Atlantic album has an exquisite gatefold chock-full of photos, and inner sleeves with priceless band memo stuff ? la Grand Funk's Live Album. Sides one and two are great, and three and four are even better. "Detroit Breakdown" rocks and grooves, with tons of audience applause...Wolfy and the polished authority of his monologues are in command as the band oozes into "Chimes" from 1973's Ladies Invited. About three and a half minutes longer than the five-minute original, it is one of many highlights on this revealing pair of discs. A precursor to 1977's title track, "Monkey Island," "Chimes" gives this enigmatic band a chance to jam out slowly and lovingly over its groove. There is so much to this album: the Janis Joplin standard "Raise Your Hand" written by Eddie Floyd, Albert Collins' "Sno-Cone" from their first album, and "Truck Drivin' Man" beating Bachman-Turner Overdrive to the punch. B.B. King producer Bill Szymczyk does a masterful job bringing it all together, and the band photos on back look...roguish. "Must of Got Lost," "Where Did Our Love Go," and "Give It to Me" are here in all their glory, a different glory than the studio versions, on an album that should have done for Geils what Live Bullet and Frampton Comes Alive did for their respective artists. If only a legitimate release of their 1999 tour would be issued to stand next to this monster -- during that tour they combined the best elements of all three of their previous live discs. The J. Geils Band is more important and influential than the boys have been given credit for. It will be the live documents that ensure they eventually get their due, and Blow Your Face Out is a very worthy component that can still frazzle speakers. ~ Joe Viglione, All Music Guide 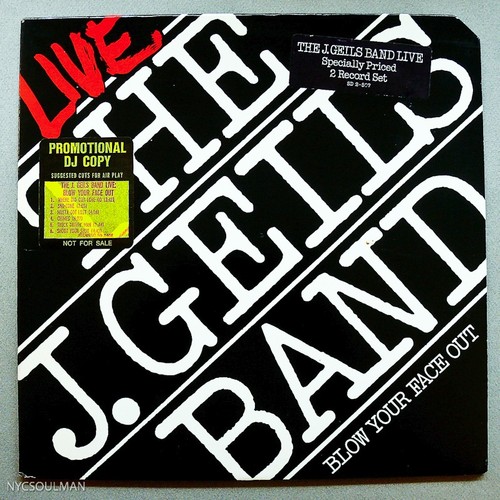 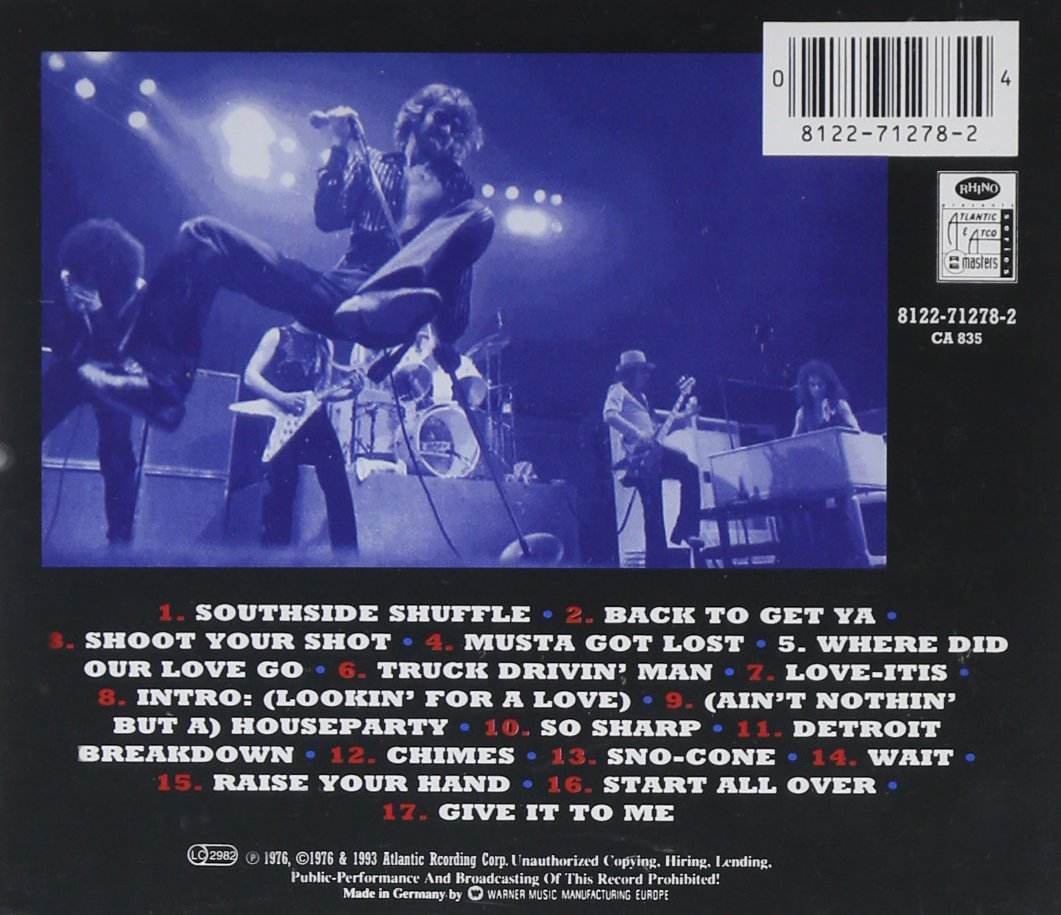 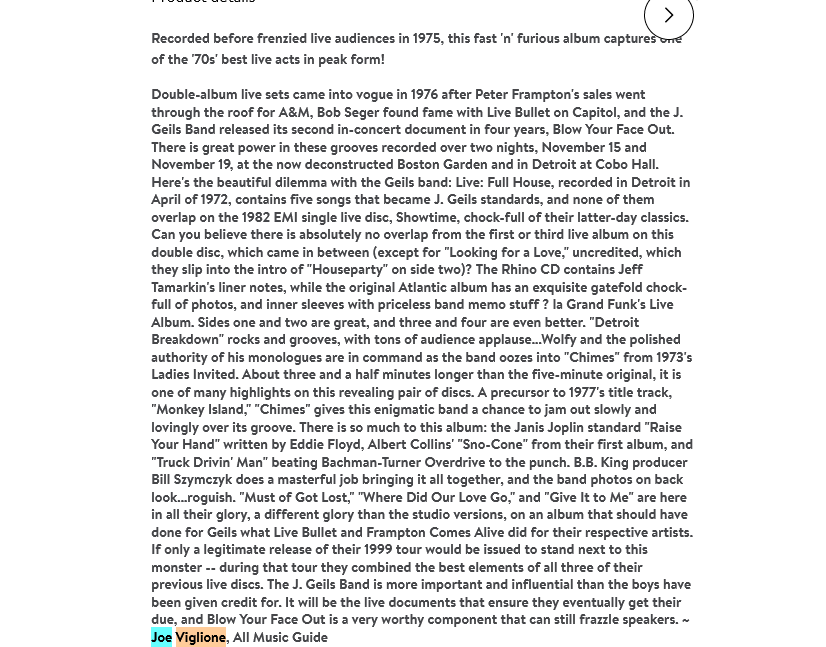 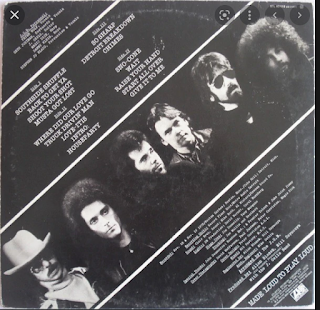 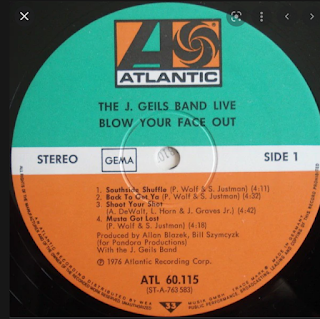