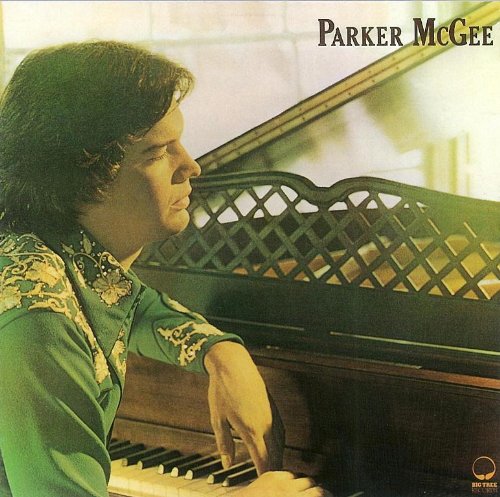 Parker McGee is best known for writing the breakthrough hits for England Dan & John Ford Coley, the sublime "I'd Really Love to See You Tonight," and "Nights Are Forever Without You." Both titles are not included but would have been perfect on this Big Tree/Atlantic self-titled debut. What is interesting is that the line-up of sidemen is almost identical to that on the Nights Are Forever album by the aforementioned England Dan Seals and John Ford Coley -- both discs bookends produced and engineered by bassist Kyle Lehning. Single-handedly, Parker McGee actually sounds like the duo who had two Top Ten hits thanks to his efforts. "You Got Me Runnin'" is a sister song to "I'd Really Love to See You Tonight," right down to the intro notes. McGee has that two-and-a-half-minute pop song formula down pat. "Talkin' 'Bout Loving You" has a bit more identity, with female vocalists and slick musicianship helping the singer. You can almost hear "It's Sad to Belong," the Randy Goodrun hit for England Dan and his partner in "Angel Dancing." The real oddity is that "I Just Can't Say No to You" is the only song with a co-writer, Parker employing ideas from guitarist Steve Gibson. It sounds exactly like, you guessed it, England Dan & John Ford Coley. Frighteningly so. Had they released this tune under that banner it would have joined their other hits. While other major '70s songwriters (Tim Moore, David Pomeranz, and Randy Edelman) found their material revamped and given a treatment much different than their own, producer Kyle Lehning is content to clone his own work. "Got That Feeling" starts side two, and it is an anomaly here. Fiddle and banjo alter the pop sound found on most of the disc, bringing an interesting country sound -- it works better than the maudlin "Goodbye Old Buddies" which opens side one. Sugary sweet short songs with harmonies and minimal lyrics are where Parker McGee shines. "Boy Meets Girl" and "Feather Lite and Honey Smooth" are two more diversions from the recipe, a refreshing change. On the whole, Parker McGee is a very nice album for fans of Seals & Crofts, Linda Ronstadt, and other Top 40 performers and songsmiths who ruled radio in the mid-'70s.

LOVE IS THE ANSWER

An essay for Night Owls.
Did you know that John Ford Coley opened for Elton John? On the 1971 UK Tour immediately after Elton broke in the States. But Elton was still becoming a star back home.
No. It’s not where Dan Seals became England Dan. Apparently, Dan was just a quirky 6’ 5” Texan painfully shy with the voice of an angel.
JFC is THE CONSUMATE MUSICIAN, he flows like water, and plays solo or in orchestras or with special-needs kids.
He is a normal-sized person.
He observed of EltonJohn in 1971. John reports that Elton got up before everyone else and was at the piano writing songs every morning.  And Elton was awake and making the miracle happen. Because behind every miracle is a lot of hard work .
My first rock ‘n roll concert was in 1975. I was 12. My brother was 14. My sister was 22. It was the Eagles, Jackson Browne, and Linda Ronstadt at Anaheim Stadium. All I remember is the stadium was swaying and it kind of scared me .
I vaguely remember badly presented sound and the Eagles singing “lyin’ Eyes” … No recollection of Jackson Browne. And Linda Ronstadt was wearing a skimpy red dress and she kind of stole the show.   I remember “heat wave “
My first real rock ‘n roll show that I heard and could see the performers was at the Greek theater in 1976: id really love to hear you tonight. Perfect sound. England Dan and John Ford Coley. They were at number two on the charts with “I’d really love to see you tonight“ and “nights are forever  ” was heading to the top 10. And yes they opened for a pre-grease Olivia Newton-John. Even I could sense she was terribly unhappy. And wanting to do something other than sing “I honestly love you“ she had not had a hit in over a year and was probably screaming backstage, “get me Barry Gibb on the phone!! I’ve had it!”
When the show opened with John Ford Coley hitting the grand piano for “I’d really love to see you tonight”   … I never heard anyone play piano like that! I was stunned.
Three years later in 1979. I saw Elton John at the grand piano at the universal amphitheater. Everyone who knows the 1979 solo tour, with Ray Cooper percussion at the end. Knows it’s the best rock ‘n’ roll show. Ever. I mean. In city after city. He had something to prove.
Elton is a contrapuntal writer.
How did he know every single line from every record? It’s almost like he wrote them! He has two hands. 12 Fingers. Lead vocals. Background vocals. And he used his feet.
The next year. In the loudest tour I have ever heard in my life. In 1980. He established that with a band he could play louder than The Who.
There is an operatic song from Captain fantastic called “better off dead”  WOW!
Personally. I was always a little freaked out that at age 12 I knew who was the character in “I feel like the bullet (in the gun of Robert Ford)” I thought it was troubling that I already knew that was the guy that killed Jesse James. Me and Bernie Taupin.
And it has this key change  . And then Elton sings in the stratosphere. And your jaw drops.
Without question. He is the most talented man that ever hit the rock ‘n’ roll stage.
Everything is afterglow from that point.
Punk rock had to happen. Then. There was kind of no point anymore. To anything. Journey. Don’t stop believing. Had to happen. Period 
John Cougar announced we had been Elton Johnned to death and we were not even done with the night.  
**
Everything is just an echo of the 70s. That’s when sound became great. And what’s the point of making smaller speakers when the ones in 1979 were so perfect?
I tracked down JFC in 2015 and in 2017 brought two amazing concerts together. One in Israel. And one in LA in 2018.
And here’s John Ford Coley with his one man version, on the grand piano of the 1979 hit, “love is the answer”  
I was at one end of the grand piano and it sounded something like this. I love those trumpet like things he does on the piano before he sings.
I think Elton would approve.
Enjoy y’all.
https://open.spotify.com/track/4myskbYupAB76FUhDkRXzf...
at September 06, 2022 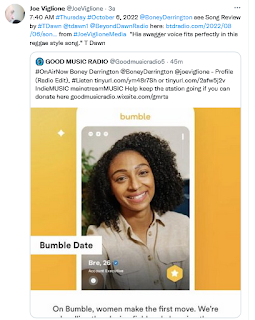