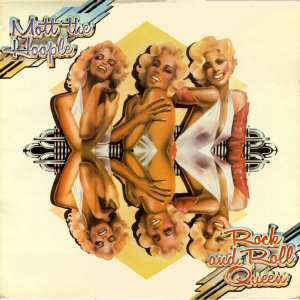 
The most exciting concert on the books at this moment in time!   Check out this YouTube preview from John Beaudin and

Three years before the release of the All The Young Dudes album on Columbia records there were four albums on Island in the U.K. and Atlantic in the United States worthy of your attention.  Those 4 Atlantic discs were a delight to this teenager back in the late sixties early 1970’s, especially the songs “The Moon Upstairs,” “Death Will Be Your Santa Claus,” “The Journey,” “Rock and Roll Queen,” and covers of “You Really Got Me” and Sonny Bono’s “Laugh at Me.”

Those early Mott the Hoople music, three albums produced by Guy Stevens, one by Mott, and the compilation Rock and Roll Queen, contain key recordings that have staying power and should be remembered.  They broke new ground in the era of underground music from Iggy and the Stooges (debut album The Stooges, 1969,) the Velvet Underground (third album, 1969,) and Mott The Hoople (1969,) three albums (two debuts!,) released in 1969 and all eponymous, using the bands’ own names!!in the same year!!

Listen to the power surge on Ian Hunter’s rendition of “Laugh at Me” from genius Sonny Bono.

Laugh At Me
Mott the Hoople with Ian Hunter https://www.youtube.com/watch?v=2zlWFxfu0tg

On “Laugh at Me” Mott the Hoople sound like a cross between “Like a Rolling Stone” by Bob Dylan with Al Kooper’s surging keyboard smashing into Procol Harum! *(Note: Island Record producers Guy Stevens and Jimmy Miller were pushing for “A Whiter Shade of Pale” to be on Island, Miller telling this writer that Chris Blackwell noted “this could be a spectacular hit or a huge flop.” (paraphrased!)  Well it was the former and this incredible arrangement and performance of Sonny Bono by Mott deserved to be a smash around the world.  Pure rock!  Mayhem and majesty.

One of my first reviews for AllMusic.com in 2000 was for the compilation Rock and Roll Queen. Well the computer ate it and a great writer, Dave Thompson, got the honors. Read his review here: https://www.allmusic.com/album/rock-roll-queen-mw0000313991

What I’m doing now is my idea for what could have been the “best of” the Island years for Mott, and there’s so much great music to choose from.

Take Mad Shadows and a superb vocal on a superb ballad, “I Can Feel.”  Folk meets gospel, not what one would expect from Mott the Hoople, but that’s exactly what one should expect.  The unexpected.  Guy Stevens read the book Mott the Hoople and named the band after it.  Michael Leigh’s The Velvet Underground S&M non-classic became a classic because a rock band named themselves after it. That parallels continue to perpetuate the evolving myth of this very precious time in rock and roll, a period we will not see again unless space aliens/dimensional travelers or supercomputers give birth to the replication of these miraculous rock moments.

“Waterlow” from 1971’s Wildlife sounds like a classic Andrew Loog Oldham production (it’s not!) and is just stunningly beautiful.

Brain Capers, the fourth album, is a masterpiece.  A rock and roll classic that demands more servings on classic rock radio.  When Ian Hunter and the Rant bands go into Mott material with Ariel Bender (Luther Grosvenor) and Morgan Fisher it puts an emphasis on how masterful this music was, and still is, and its influence on David Bowie and so many others.

So, in the success of Columbia Records All the Young Dudes album, here’s what Atlantic released as a “best of” :

Here is Joe Vig’s idea for Rock and Roll Queen

2)The Wheel of the Quivering Meat Conception

4)You Really Got Me

7)Walkin’ With a Mountain

10)Death May Be Your Santa Claus

---oh – what the heck, make it a double album and add “Midnight Lady,” “Keep A Knockin’” and maybe a couple of extra live tracks.

All things being equal, with hindsight being 20/20, and lots of other clichés, the music of Mott the Hoople is no cliché.  And here’s my re-write of the Rock and Roll Queen album that a computer (WebTV, actually) ate 19 years ago.  Now go see Mott the Hoople on April 9th at the Orpheum Theater in Boston.

Would love to hear Ian Hunter sing this one:

Friday Night From 8-9 p.m. on www.activatemedia.org

oe Perry 2001 Rock and Roll Hall of Fame inductee with band Aerosmith talks with Joe Viglione this Friday night on www.activatemedia.org Perry who's celebrating his forty nineth year in the music business with fellow members of Aerosmith, and also his other bands he goes out with The Joe Perry Project and the Hollywood Vampires with Alice Cooper and Johnny Depp, will talk about his days of glory with Aerosmith, his current projects with his other two bands plus what his current plans include for his upcoming musical future. For more information and up to the minute tour dates and more go to the official Joe Perry website below:www.joeperry.com 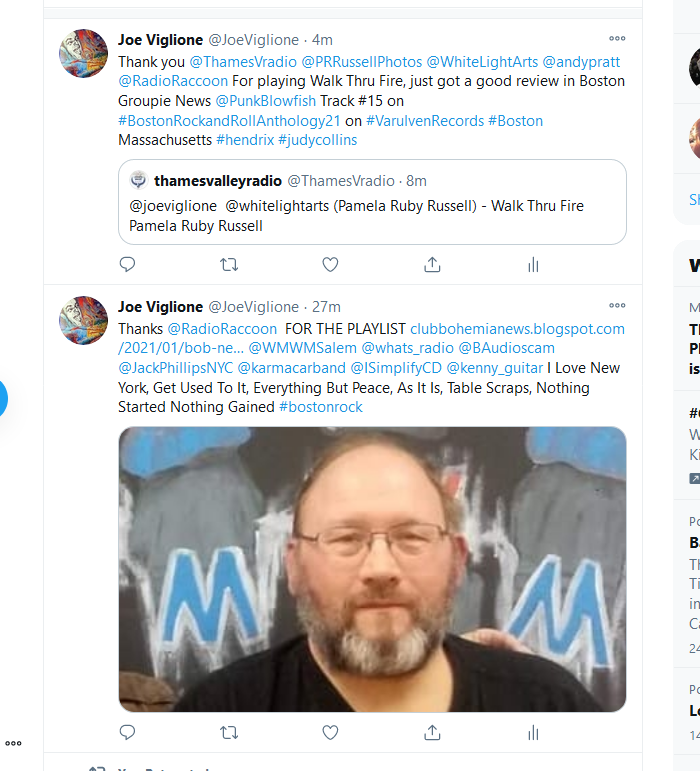