Your Tweet activity
Your Tweets earned 3,082 impressionsover the last week 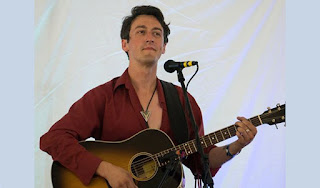 
“Miles above the Ground” opens this six song set of originals from Western Massachusetts phenom Eric Lee who brings his smooth, compelling voice and introspection to this strong four and a half minute composition. Lee has more than a grasp of the vibrations he sends forth, playing violins, mandolin, electric violin and guitar with the music here focused, entertaining and highly commercial. “The Raven” shuffles along under J.J. O’Connell’s drums and the bass of Rhees Williams while “Rose and Storm” adds a balance.
Critics can compare the storytelling of a Gordon Lightfoot to the dramas offered by Jim Croce, but to say that Eric Lee paints with his own style and magic is to understate what this artist has crafted. And take caution – there are many, many singer/songwriters out there named Eric Lee, so one has to seek out the music that I’m writing about here. Lee has performed on the road with the great Eric Andersen, Peter Rowan of The Rowan Brothers and Seatrain, John Gorka, Vance Gilbert, the Grand Slambovians and so many others. It’s easy to get mistaken for a backing musician, as Carole King and Neil Diamond at first were thought by the public to be songwriters dabbling with hit records.
Time proved both King and Diamond to be major forces beyond their work for other artists and this Lee is himself making waves regionally outside of the background circuit he participated in for the last decade and more. With Jim Henry’s electric guitar and dobro fitting in perfectly with this quartet and some backing vocals from Brie Sullivan and Max Wareham, these half a dozen songs stand up to repeated spins with “Hands of Fortune” and “To Write You a Song” truly remarkable. At the risk of sounding overly complimentary, those who have followed this writer’s thousands of reviews over the past almost five decades know that I can be as rough on poorly made recordings as I can hand out the accolades on the ones with merit. There’s something very special here. You’ll know you’ve reached the right Eric Lee as this music stands in a class by itself.
Joe Viglione is the Chief Film Critic at TMRZoo.com. 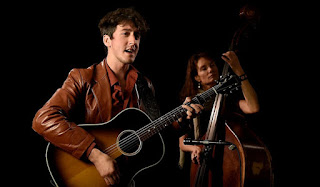 http://www.tmrzoo.com/2018/72961/music-review-eric-lee-heartache-town
And the 2nd CD, Heartache Town
In the 3 years since the eponymous Eric Lee extended-play mini album comes this perfectly produced collection of twelve compositions with huge crossover potential. Heartache Town, the title track, is pure pop Americana succinctly wrapped up in two minutes and forty-five seconds. It drives, captivates, and brings the listener in with the elegance of James Taylor and an integrity so essential to believability.
The singer’s voice is the intro flowing into an immediate groove that gives a solid foundation for the storyline – for Lee’s prime instrument is (actually are) those vocal chords, above his ability to play, pluck and strum a variety of different vibrating strings attached to a multitude of different wooden platforms.
“Another Bloody Mary Morning” is a rock hootenanny with bluegrass overtones and a showcase for the singer’s ability to discretely traverse different styles. Those styles change quickly from song to song, quickly yet ever so slightly, with the tunes placed in an inviting way begging for repeated spins.
“Silver Headstone” goes pure traditional country – almost three minutes before the five minute “Prince of Dreamers.” And despite the reference to James Taylor above, Lee’s influences aren’t that glaring, he tucks the many sources he draws from onto an original canvas that makes it all very appealing.
Two epics are “Fall of Man,” and “To Write You A Song,” the latter appearing on the previous collection as well. “Fall of Man” features Eric Lee – lead vocal, acoustic guitar, mandolin, baritone violin, electric fiddle, violins, electric guitar, Tracy Grammer – harmony vocal, Greg Greenway – harmony vocal, Matthew Thornton – cello, Jim Henry – electric lead guitar, Paul Kochanski – bass, J.J. O’Connell – drums, Brian Johnson – sitar – and the accompanists are listed straight from the press information to give a scope on how many different ideas and vibrations combine to give these story songs such lively brio and heart.
The semi-duet on “Lucky Penny,” a song co-written with Neale Eckstein, brings a nice change of pace, though it’s still Eric Lee’s vocal chords that pave the way. A deep, intentionally underplayed acoustic guitar as lead instrument, “I Wish I Was a Plumber” is a musician’s lament, reminiscent of Tony Hendra (Spinal Tap) and his amazing, insightful John Lennon parody “If I could be a fisherman I would be a fisherman but I can’t because I’m a (expletive) Genius.” Co-written with Pete Nelson the rhythm section of Kochanski and O’Connell are a delight while Ryan Hommel’s pedal steel also demanding mention.
Again it is Lee’s heartfelt voice and observations which catch your attention while sterling accompaniment embraces the themes of the dozen written essays, smoothly enveloped by these vibrant musical textures
http://eric-lee-music.com
1. The Garden (Where No Burdens Will Pass Through) 03:09
2. Heartache Town 02:45
3. Another Bloody Mary Morning 03:49
4. Silver Headstone 02:58
5. Prince of Dreamers 05:08 buy track
6. Fall of Man 06:29
7. I Wish I Was a Plumber 05:51
8. Lucky Penny 03:50
9. Life Without You 03:10
10. To Write You a Song 06:35
11. Giving Up On You 05:18
12. Help My Neighbor On 04:31
CD Baby
https://store.cdbaby.com/cd/ericlee4
Bandcamp:
https://ericleesongs.bandcamp.com/releases
From Eric's webpage
http://eric-lee-music.com/
at February 02, 2019